Thanks for attending our production of Staged Reading: Perfecting the Kiss! We look forward to seeing you at the next one!
BUY TICKETS
Avenue Arts Marketplace & Theatre
May 17 - May 18 2019 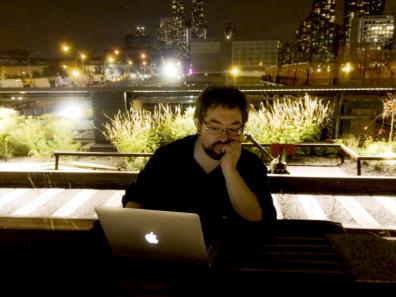 SCOTT C. SICKLES is an LGBT playwright of Asian decent. He won the 2016 Dayton Playhouse FutureFest for Shepherd's Bush (since retitled Nonsense and Beauty), his biographical play about E.M. Forster, and the New York Innovative Theatre Award for Outstanding Original Full-Length Script for his drama Composure. He has received five consecutive Writers Guild of America Awards for the daytime serial General Hospital, as well as multiple Emmy nominations for that series and One Life to Live. His plays have been performed in New York City, his native Pittsburgh, across the United States, as well as internationally in Canada, Australia, the UK, Singapore, and Lebanon. His acclaimed comedy Intellectuals is included in Smith & Kraus’ New Playwrights: Best Plays of 2007. He received the 1999 Beverly Hills Theater Guild/Julie Harris Playwriting Award for Lightning from Heaven, a biographical piece about Boris Pasternak, his muse Olga Ivinskaya, and the creation of Doctor Zhivago. His intense romantic drama Moonlight & Love Songs was the inaugural production of GayFestNYC 2013, benefiting students of the Harvey Milk High School.Sickles was named Outstanding Playwright of the 1996 Pittsburgh New Works Festival for his one-act drama The Harmonic Convergence. Published short plays include murmurs (Samuel French Festival Plays #21), and Beautiful Noises (S&K's 2009: Best 10-Minute Plays...).He is a member of the Dramatists Guild of America and the New Play Exchange.