Thanks for attending our production of Staged Reading: Ripe Frenzy! We look forward to seeing you at the next one!
BUY TICKETS
Avenue Arts Marketplace & Theatre
Sep 27 - Sep 28 2019 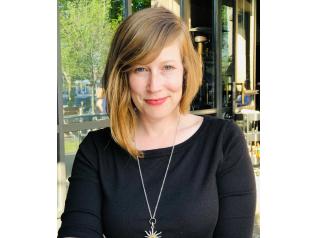 Jennifer Barclay is a Chicago-bred actor-turned-playwright, recently relocated to DC where she is a member of Arena Stage’s 2017-18 Playwrights’ Arena. Her play Ripe Frenzy won the National New Play Network’s 2016 Smith Prize for Political Theatre and the 2018 Dramatists Guild Fund Writers Alliance Grant. Ripe Frenzy was developed at Woolly Mammoth, the 2017 Ojai Playwrights Conference, NNPN/PlayPenn, and just completed a 2018 Rolling World Premiere at New Rep in Boston, Synchronicity Theatre in Atlanta and Greenway Court in LA. Jennifer’s plays have been produced and developed by Steppenwolf, La Jolla Playhouse, The Old Globe, RedCat, The Kennedy Center, Center Stage, Boulder Ensemble Theatre Co, American Blues Theatre, The International Theatre of Vienna and The Edinburgh Fringe, among others. Awards include: Samuel Goldwyn Writing Award, Kennedy Center National Science Playwriting Award, Pinter Review Gold Medal, BETC New Generations Award. Ripe Frenzy has been nominated for the 2019 Susan Smith Blackburn Award, Housebound has been nominated for the 2019 Weissberger Award, and This Profound Abyss is currently a Finalist for the 2019 Shakespeare’s New Contemporaries award. Upcoming: workshop of This Profound Abyss directed by Johanna Gruenhut in May 2019, workshop of Housebound at Woolly Mammoth directed by Shana Cooper in April 2019, production of Ripe Frenzy at Andy’s Summer Playhouse directed by Jared Mezzocchi in July 2019. Jennifer has been a Fellow at the MacDowell Colony, the Virginia Center for the Creative Arts, and the Hawthornden International Writers Retreat in Scotland. She has been a Playwright in Residence at South Coast Rep and Center Stage. Jennifer has a degree in Theatre from Northwestern University and an MFA in Playwriting at UC San Diego, where she studied with Naomi Iizuka. She is proud to be an NNPN Affiliated Artist, a member of the Dramatists Guild, and an Assistant Professor of Playwriting and Performance at the University of Maryland. www.BarclayStudios.com.