Thanks for attending our production of Staged Readings: Apartment Life & Road Kill! We look forward to seeing you at the next one!
BUY TICKETS
Avenue Arts Marketplace & Theatre
Oct 25 - Oct 26 2019 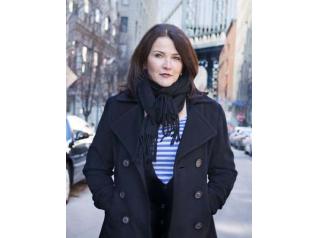 As an aspiring writer and English major in college, I lost the will to write after being intimidated by Wallace Stevens and Alexander Pope and having a professor say I had no right to write unless I could read and write ancient Greek. After some years my mantra became “no idea is too stupid” and I was free to write again. I think Second City inspired that. I completed the comedy-writing program at Second City Chicago. I was one of two women in the graduating class. I began with writing sketch comedy and monologues and ventured into play writing when my long-time friend and mentor Gene Lasko suggested I write a play. I responded with incredulity, and Gene said, “Just take your characters and put them in a room together.” My first play won the Samuel French Short Play Festival. I grew up in Pelham Manor, NY and now live in Brooklyn Heights where I play squash, write and dote on my dog. I earned my B.A. in English Literature from Stony Brook University.

This bisexual playwright has had over 300 of her plays performed in Chicago and beyond. That includes the hundreds of micro-plays that made up all five years of The Dictionary Project, a self-produced project in which each play was created for and inspired by a very specific audience member. A person would buy a play, pick a page number that corresponded to a page in Cassandra’s dictionary, and within the year Cassandra would write them a play (one page, three pages, or ten minutes long) about one of the words found on that dictionary page. Her other short work has been produced by Broken Nose Theatre, City Theatre, Cold Basement Dramatics, Jackalope Theatre Company, Nothing Special Productions, The One Minute Play Festival, and The Whiskey Radio Hour. Her longer plays include The Amen Trilogy, At His Best, Billy to his Friends, Children of Troy, and The Volunteer. She has dramaturged shows at Jackalope Theatre Company, Redtwist Theatre, Raven Theatre, and Strawdog Theatre Company. And Cassandra sometimes starts theatre companies; she helped found the Chicago Theatre marathon and Cold Basement Dramatics. Girl gets around. Cassandra earned her BA in playwriting from Columbia College Chicago, and she was one of six inaugural Tutterow Fellows at Chicago Dramatists (class of 2019).